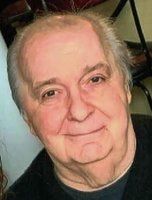 Gary T. DeFlorentis, age 67, of West Hanover Twp., passed away on Wednesday, September 2, 2020 at his home. Gary was born on February 19, 1953 in Harrisburg, PA., and was a son to the late David E. DeFlorentis and Anna (Finelli) DeFlorentis. He graduated from Bishop McDevitt High School. Gary was employed in the insurance industry most of his working career. Gary is survived by his wife Cheryl L. DeFlorentis, daughters, Stephanie DeFlorentis, Jennifer Nuechterlein and husband Christopher, a step son, David Appleby and wife Amy, grandchildren, Brianna and Alexa Nuechterlein, step grandchildren, Nolan and Kendall Appleby. In addition to his parents he is predeceased by a brother, David DeFlorentis and a sister Dolores Fasano. Funeral Services and burial will be private. Burial will be in Resurrection Cemetery, West Hanover Twp. In lieu of flowers donations may be made to Furry Friends Pet Adoption at www.furryfriendsnetwork.com or the American Cancer Society at www.americancancerfund.org. DAILEY www.pennlive.com/obits