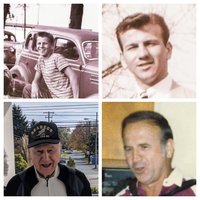 Mike L. Cvetko, 89 of Mechanicsburg, PA., went to be with the Lord on Friday, Dec 25th, 2020.Mike was born on March 10th, 1931, at the height of the Great Depression, to Joseph and Anna Cvetko, of Steelton, PA. He attended Steelton High School, and after graduation, he enlisted in the US Navy’s Construction Battalion (CB), a.k.a., the Seabee’s. The “can do” ethos of the Seabee’s had a deep and lasting influence on Mike for years to come. This experience shaped every aspect of his life going forward. Upon discharge from the military, he engaged in many endeavors, including Carol Truck Rental, which led to the eventual purchase of Hill Express and Rigging. The company’s growth paralleled the early adoption of large-scale computers by government agencies and businesses. Hill Rigging was instrumental in the installation of large computer mainframes around the region. In addition, Hill Rigging had many other significant projects in Pennsylvania that were notable for their technical complexity and uniqueness. These projects would often require a combination of business, engineering, and political savvy to ensure their successful completion. His social nature and gift of gab was instrumental in navigating these challenges. After selling the company an early retirement enabled him to engage in other passions, like antique collecting and real-estate. His engaging and optimistic personality often launched him on a unique adventure with a new acquaintance, or a desire for helping those he found in need. Mike was always very athletic; early in his adult life he taught gymnastics, coached wrestling, and he had a lifelong love of dancing. He was an avid supporter of the Croatian, Serbian, Greek, and German communities and would frequent the summer picnics where he could be seen dancing the polka or a waltz into the late evening. He was preceded in death by his parents Joseph and Anna Pavlovic-Mociler-Cvetko, his siblings Martin, John and George Mociler, sister, Anna Mociler, and his son, Michael “Bruce” Cvetko. Mike is survived by one sibling, Joe Cvetko, of Bellflower, CA. Mike’s surviving family are his daughters, Lorraine Flowers of Mt. Joy, Joan Cvetko of Harrisburg, Marlene Cvetko of Chicago, IL., Marianne Friedman of Lancaster and son, John Cvetko of Portland, OR., and their mother, Carol Cvetko of Harrisburg. Mike is also survived by many good friends, especially his friend, Helen Diamond, of Mechanicsburg, PA. Mike was a long-term active member of a variety of fraternal organizations, including Moose Lodge, the American Legion, and the St. Lawrence Croatian Club. He also supported several churches and schools throughout the years including St. Mary’s of Steelton, Saint Francis of Assisi, St. Catherine Laboure, and Bishop McDevitt of Harrisburg. The Cvetko family would like to thank the nurses and caregivers of the Claremont facility. Their care, compassion, and dedication to their residents in these extremely difficult times is seen as a godsend to our community. In lieu of flowers, the Cvetko family asks that you donate to the American Nurses Foundation, https://www.nursingworld.org/foundation/donate/