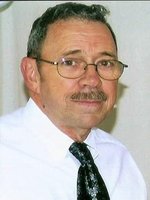 Lieutenant Rex Walter Geiling, 75 of Liverpool PA. Born November 7th 1945 past February 21st 2021. Rex was born and raised in Newport PA. The eldest son of William and Ruth Geiling, the brother of John, Craig, Judy, and Gary. Rex was an intellect, loved knowledge, and always believed in continuously learning. He had a successful career in the United States Naval Service for just short of 30 years. Rex retired as a decorated Lieutenant on the USS Eliot. Throughout his career he served on many different naval ships from Norfolk Virginia all the way to San Diego California. He is also a veteran of the Vietnam war. Rex is survived by his three children William, Scott, and Kimberly. His grandchildren Amy, Jason Jr, Spencer, Madison, Monica, and great-grandchildren Tristan and Ariana. Rex was a proud member and quartermaster of the VFW Post 34 in Newport PA, along with his love for local American Legions. He loved his god, country, family, and friends. Rex was taken before his time in this unfortunate pandemic but he will always be remembered and adored as a father, grandfather, brother, uncle, and friend. Rest in peace always in the beautiful skies above us.